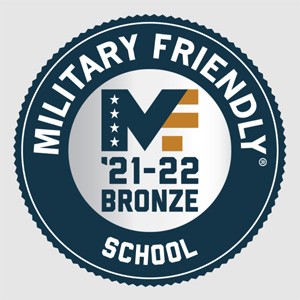 The 2021-22 Military Friendly Schools ratings recognize colleges with leading programs for veterans, members of the armed forces leaving military service and military spouses. Gateway has received this designation since 2010 and this year earned the Bronze Designation. A Bronze Designation is for colleges that “have exceptional military/veteran programs -- and this award showcases their dedication” according to Victory Media.

Institutions earning the Military Friendly School designation were evaluated using public data sources and responses from a proprietary survey. More than 1,200 schools participated in the 2021-22 survey with 747 earning the designation.

Methodology, criteria, and weightings were determined with input from the Military Friendly Advisory Council of independent leaders in the higher education and military recruitment community.