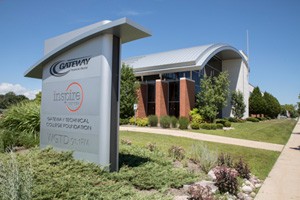 Gateway Technical College has officially opened the application and nomination process for its next president.

An extended presidential profile, and guidelines to apply or nominate a candidate, can be found at the college’s presidential search page of www.gtc.edu/presidential-search

Direct nominations, inquiries and application materials will be handled by Greenwood/Asher & Associates, the firm assisting the college in selecting the new president, which is listed in the profile.

Current Gateway President and CEO Bryan Albrecht announced earlier this year he would be retiring this fall. Albrecht has served as president and CEO since 2006. Under his leadership, Gateway has grown its national standing as an innovative college for student success, learning strategies and workforce development.

A total of 200 students, staff and community members participated in a series of listening sessions held in May and June to gain information on the qualities they would like to see in the new president. That feedback was used to produce an outline of the sought-after characteristics for the college’s new leader, which then became the profile.