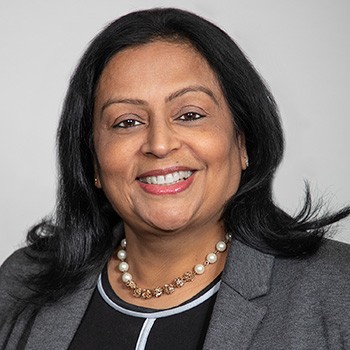 Raju replaces Bryan Albrecht, who retired from the college today. He served as Gateway president after being selected for that role in 2006.

Raju was named president after a nationwide search was conducted in the summer and early fall of 2022. Formerly, she served as vice president of Academic Affairs at Tarrant County College’s Northeast Campus in Texas.

“I’m excited and honored to begin serving as the president of Gateway Technical College,” said Raju. “The college has strong local support and a reputation for its groundbreaking programs, dedication to student success and strong partnerships with industry and community.

“I hope to build on that success and continue to keep Gateway in the forefront as a leader in education and workforce training and to provide a lifelong resource for students, graduates and the community.”

Raju received her doctorate in Technical Communication and Rhetoric from Texas Tech University, a master’s degree in English from Sam Houston State University and a bachelor’s degree from University of Houston-Downtown.