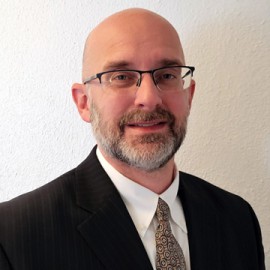 I knew it was time to go to college to enroll and get the official education that would help me to land a job and succeed.

After working as an adjuster and auditor in the insurance industry for 23 years, Brian Moon sought a change.

It wasn’t too drastic of a change, he points out, but definitely different from the work responsibilities he had for a good portion of his career.

He credits Gateway Technical College and the IT-Data Analytics Specialist program as his way to fully secure a new career path and future. And, he says, the Gateway experience helped him realize he made the right choice.

“Gateway has given me the education and knowledge I need to succeed in the field, something I didn’t have prior to my experience here,” says Brian.

“I will have a degree and will also be able to put that on my résumé. That will make a tremendous difference – rather than to say I have some experience but no degree – and will help me when I’m competing against someone who doesn’t have one, too.”

Like many in the workforce, Brian found his duties shifting as his company was reorganized several times and eventually taken over. His auditing role changed to also include information technology work, which he enjoyed.

Eventually, Brian decided he wanted to work in IT full time, but he knew he needed training and a degree before fully fully shifting careers. When his company offered him a buyout option, he took it.

“I knew it was time to go to college to enroll and get the official education that would help me to land a job and succeed,” says Brian.

Brian says he first became interested in Gateway because he lives in Elkhorn and one of the campuses is close to his home. There was a family connection, as well.

“My son was taking dual credits in high school and I saw what Gateway had to offer,” says Brian. “I looked into it and realized there were classes online or in person, and I liked that combination, so I became interested and I enrolled.

He likes Gateway because of the ability to gain a quality education that leads to a career in a relatively short time. The flexible class times and delivery options were icing on the cake.

“I am middle-aged and already have a bachelor’s degree, so I didn’t want to go back for another four years of schooling,” says Brian. “I wanted to get back and earn a degree in a timely fashion. I’ll be able to do that – I will earn my associate degree in less than two years.”

Brian says the college has prepared him well for his next step in life.

“This has been a great learning experience and I am enjoying it. The instructors are easy to talk to and the education has a good regimen – at this point in my life and career, I think it’s just as valuable as a four-year degree was when I was younger and just starting out.”